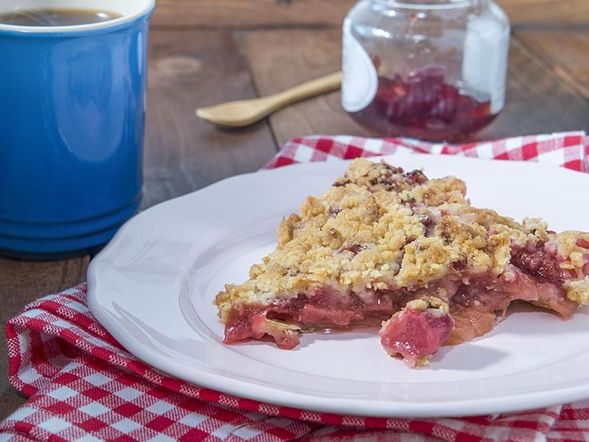 Rhubarb is a quintessentially Canadian ingredient. It’s popular in sweet dishes, since its tangy, slightly bitter flavour helps to round out and balance sweeter flavours. It’s hearty and grows both easily and quickly. I know at least a few people who’ve found wild rhubarb patches. Did you know that some people say you can actually hear it grow? 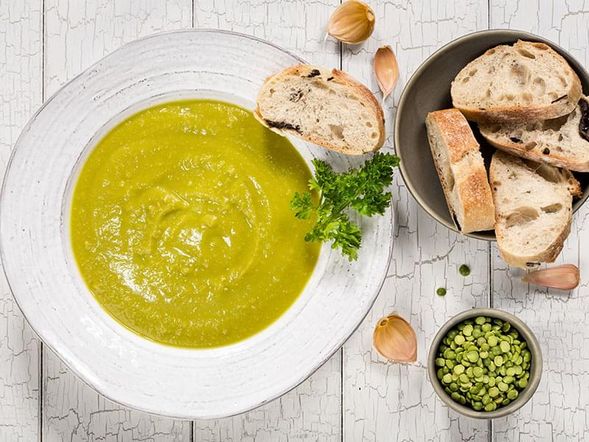 Quebec-style split pea soup really is quite different than the varieties most areas might be familiar with. For one thing, it uses yellow peas. For another, it’s much heartier than a typical pea soup, since it’s made with lard and chunks of pork belly. Our version is much lighter, but every bit as delicious! 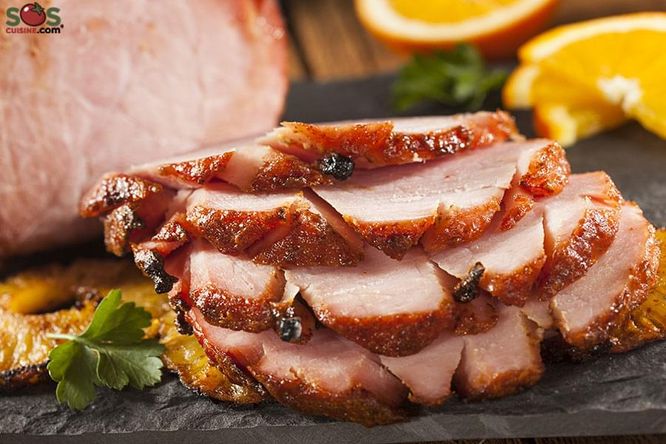 Ham is an all-the-time food here in Canada, though it’s especially a feature of holiday meals. Generally glazed in something sweet, our version is extra Canadian, with maple syrup and beer. Every Canadian pretty much loves those two things. All that’s missing from this dish is a hockey game to watch on TV.

And is that baked beans on top?

I’m a maritimer from N.B

My favourite winter recipe is:

Hi Dorothy. Thanks for sharing!