The American bison ensured the survival of Native Americans in the Prairies for thousands of years by providing them with cover, clothing, utility items and food. With the arrival of colonizers and the construction of the railways, this species came close to extinction.

Thanks to government protections, the bison escaped death, but it went from being a wild animal to a farm animal. It is a robust, strong and independent animal that requires little care; it can be bred in a natural environment, without growth hormones or antibiotics.

The meat is low in fat, even leaner than the chicken and lean cuts of beef that we are used to. It is also a source of omega-3, rich in protein and minerals such as phosphorus, iron, zinc and selenium. What’s more, it is non-allergenic too.

Its flesh tastes tender, flavourful and slightly sweet. Bison meat is cooked pretty much in the same way as beef. But since it is leaner and has higher moisture content, it should be cooked at a lower temperature and for a shorter period of time.

Try our recipe for Bison Stroganoff 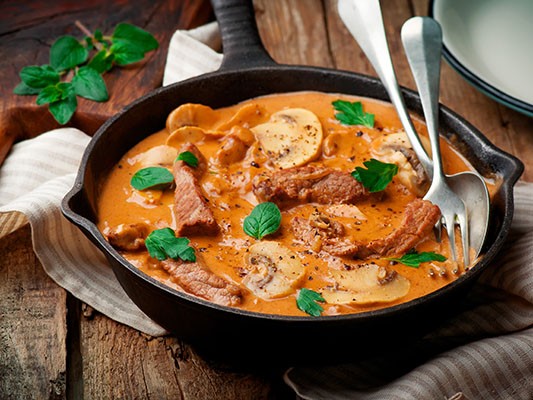 Originally published in the Journal de Montréal on November 16, 2013.